Although I am quite sure that C. S. Lewis really doesn’t need an introduction, you may be hearing about The Screwtape Letters for the first time. As an avid book reader myself and a Lewis fan, I was pleasantly surprised as to how the book really took aim at Christianity and the beliefs within. Before you get mad, it also took aim at non believers and did so in an interesting way. The book itself is all about how Christians view demons and how they affect the lives of so many people. The book itself is a series of letters between Wormwood who is a junior devil or demon and his uncle Screwtape. In the letters, Wormwood goes on to explain how he can cause the human he has been assigned to, to commit sins and to eventually damn himself to hell. You don’t actually see Wormwood’s letters but you can clearly understand what was in them from Screwtape’s replies. The most interesting fact is that The Screwtape Letters is purely written from the perspective of a demon which clearly highlights many important truths for the believers of the Christian faith. 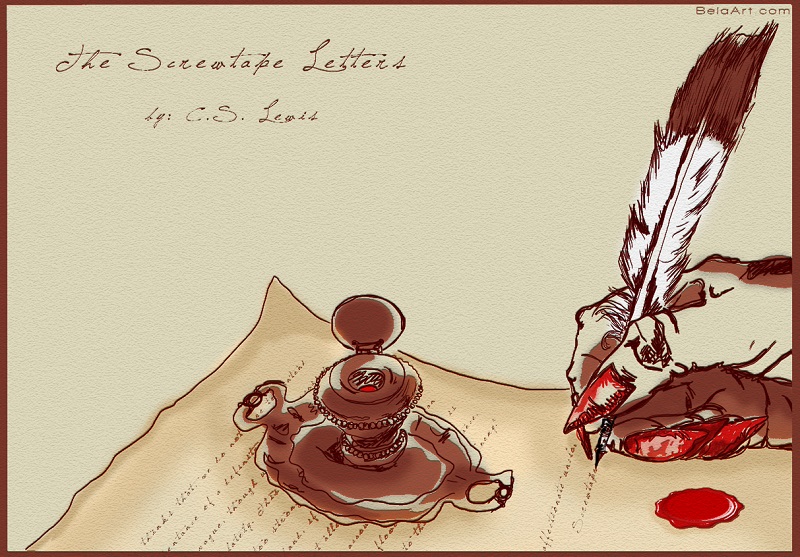 As the book delves deeper, you start to see the Lewis himself believes that demons, spirits, and the devil really do exist. On top of that, he also believed that their whole purpose was to assault human beings through their minds and in other ways. There is a very interesting bit of writing in the preface that I’m going to quote, “There are two equal and opposite errors into which our race can fall about the devils. One is to disbelieve in their existence. The other is to believe, and to feel andexcessive and unhealthy interest in them. They themselves are equally pleased by both errors and hail a materialist or a magician with the same delight.” Now depending on what you believe, you can interpret this in many ways. It is a Christian based book and the author has clearly also included his own personal views and perspectives. Also check download root explorer.

Now, let’s talk about the human in the book for a minute, his life in this book seems to be fairly irrelevant except for his fate which we find out at the end. The story of the human or the patient as he is referred to is that he is a British man that is living in the World War II period. He is a casual churchgoer who starts getting more involved with a group or evangelists. He ends up falling in love with a female member of the groups congregation in which he is eventually killed by a bombing raid in his hometown which is performed by the Germans. His plot line is actually quite useless in the book, except for what Wormwood is inevitably doing to him. At the end of the book (if you don’t want to know what happens then stop reading here) the human ends up escaping Wormwood’s evil ways because he dies and ends up going to heaven. Ironically enough, Wormwood is doomed to the fate that he had created for his patient. His fate, as it should be, is that he will become a meal for his uncle Screwtape as you find out in the final letter.

There are plenty of points that are made and stories that are told throughout the book. Each of these is clearly directed at someone in an attempt to provoke the reader and make them really think about their own fates. As well as that, maybe provoke you to think about our own demons that live inside us. Some points are directed at atheists, others toward his fellow Christians. Either way, this book does make for a very interesting and intriguing read. If you are looking for something to read then you really can’t go past The Screwtape Letters by C. S. Lewis.

Books & Movies The Sacredness of Amens & Hallelujahs Cannot be Digitalized (Stepping Up for Paperback Wisdom)October 5, 2016 — by Valeriya Vimon