I couldn’t be more happier that our very own country is leading the way in overcoming global plastic pollution. In just 3 months, Australia has managed to reduce plastic bag use by a whooping 80%. But although many businesses in the retail, supermarket and restaurant sector have adopted this positive change, there’s an equally large problem – takeout businesses that provide plastic utensils.

Just think about it, most of the times you get takeaway food, coffee on-the-go, or are treated to an in-store sample, you are handed some sort of plastic utensil. And what do you do after you’re done with it? You promptly throw it away after a single use! Taking into account how common this practice is, it means that it can be as damaging as plastic bag use. 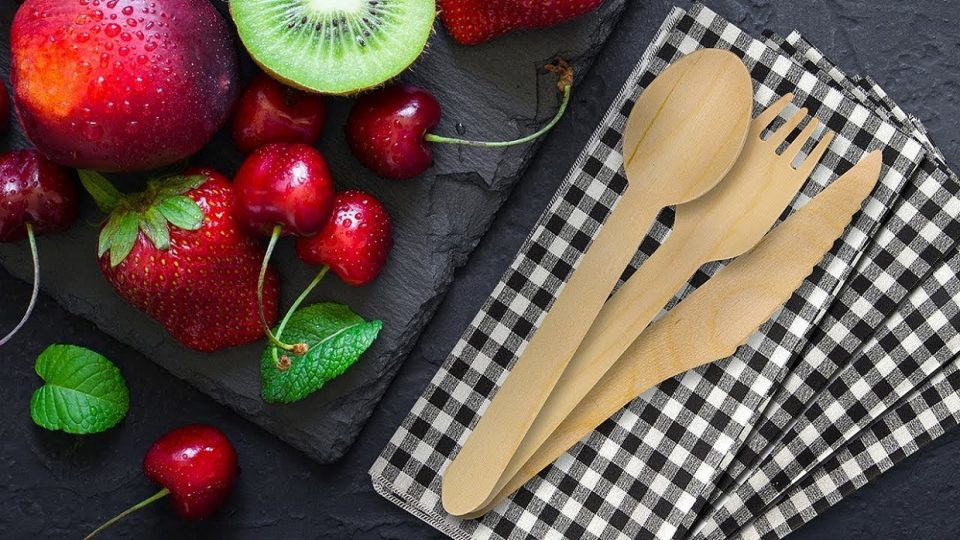 With a staggering statistic like this, it’s evident that companies need to do something about this problem. So, if you’re a business that uses disposable utensils, definitely try to eschew the plastic ones. Plastic utensils are made of petroleum and usually aren’t recyclable. When discarded, they can take up to 100 years to start breaking down. On the other hand, a much better alternative would be to use wooden spoons, forks and knives.

Although you’d think wooden utensils are also damaging to the environment because it means more trees will need to be cut down, this often isn’t the case. Most wooden utensils are made from renewable woods such as bamboo, sugarcane and birch, or even from leftovers material from the lumber industry and from furniture production.

But the real benefits of wooden utensils comes after you’re done with them. Although some types of plastic, such as PLA, can be compostable in theory, they need the right conditions to break down. And those “right conditions” are the high heat and microbes provided by a commercial composting facility. This is as most customers seeing a PLA automatically assume that it’s regular plastic and don’t place it in a compost bin. In other words, PLA won’t be able to safely degrade when it eventually reaches the landfill or the ocean.

On the other hand, wooden utensils already look like something that belongs in a compost bin, so people are more inclined to dispose of them properly. What’s more, it doesn’t even need an industrial facility to be composted, you can simply bury it in your backyard and it will still break down nicely in 90 days at most. But even if some wooden spoons found their way into the ocean, they will still decompose more quickly compared to regular plastic or PLA.

Food & DrinkKitchenware Accessories for Bar: Turn Your Space into the Trendiest Spot in TownJune 29, 2016 — by Richard Dawson